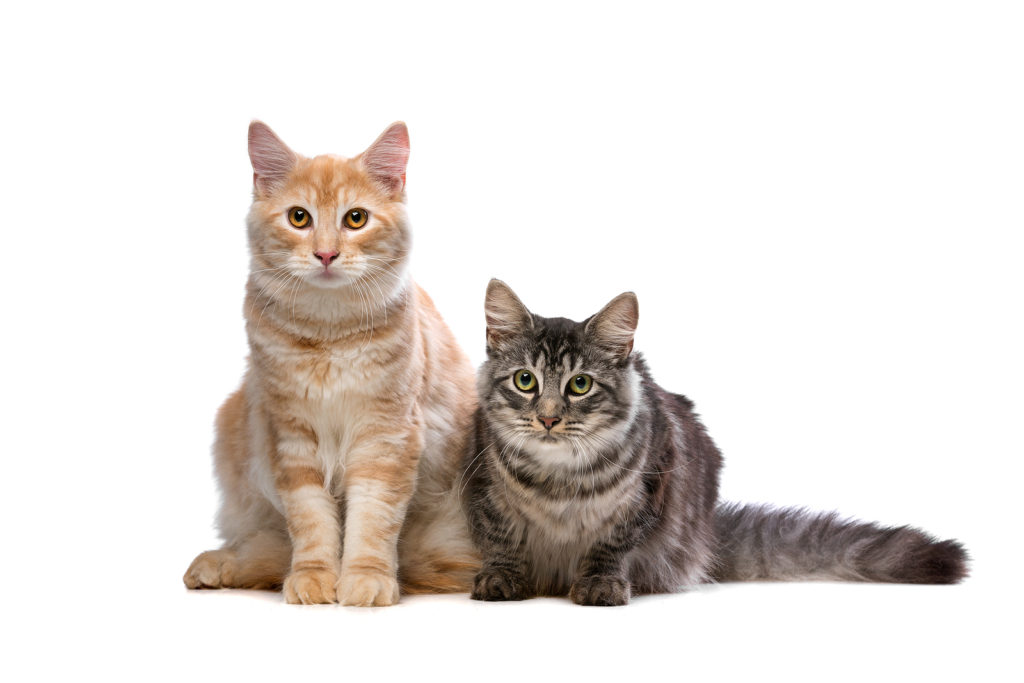 Both breeds are popular among fanciers, but Maine Coons are currently more popular in the United States while Wegies are more popular in Europe. In the U.S., the Maine Coon ranks as the third most popular breed, while the Norwegian Forest Cat ranks eleventh. Let’s explore the differences between these breeds!

(Related: How to Spot a Norwegian Forest Cat)

The Wegie has a dense, heavy undercoat and a water-repellant outer coat that is soft, long and silky. Maine Coons have a light undercoat that is silky and soft too. While both breeds require similar grooming, Wegies shed less than Coons.

Wegies are usually found in more than have a dozen colors, including:

Both can have similar bicolor or tabby patterns.

The Norwegian Forest Cat is not as much of a lap cat as the Maine Coon. Wegies are active, curious, intelligent, independent, agile, playful and social. Coons are independent, intelligent and gentle. They are generally not quite as active or playful as the Wegie.

Neither of the two breeds is hypoallergenic, but they both have health vulnerabilities. Norwegian Forest Cats are prone to retinal dysplasia and glycogen storage disease while Maine Coons are prone to spinal muscular atrophy. Both are vulnerable to hip dysplasia, polycystic kidney disease and hypertrophic cardiomyopathy.

Purebred Wegie kittens are usually priced around $650, while Maine Coons kittens sell for about $350.

Both breeds are generally very friendly with everyone, including strangers. They are particularly sensitive towards their immediate family.